The basic property of an anamorphic lens is that it optically distorts an image. Distortion may not be considered as much of a good thing but we will get to as to why it is good after knowing some history of this lens. The anamorphic lens came first to be developed in the film industry when they wanted to record images in widescreen format while using a standard 35mm film. The way they made it possible was by fitting a film camera with a widescreen format (Anamorphic) lens that optically compressed the image to make it fit into a 35mm film frame. Later, when the film was played from a projection system, another lens was fitted on the projector to reverse the distortion. The compressed image recorded on the 35mm film was in this way projected onto the screen making it seem natural and uncompressed widescreen format. 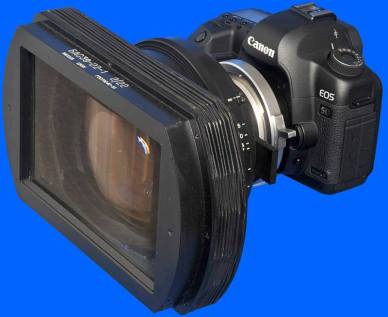 However, to know about how it creates an advantage by putting a glass above another glass in order to change it’s pixel aspect ratio, and get more horizontal resolution in return, we may have to go a little deeper. One may use a good anamorphic lens to get a real advantage from it in terms of resolution but achieving it by just installing an adapter over the lens is not a good idea. Higher Resolution is not only achieved by increasing the pixel quantity, but pixel quality also matters in it. However, by using extra glass to get “extra” wide shots will result in loosing resolution by degradation of quality caused by such extra glass.

To experiment you can test the proposition by putting many filters in your lens and then analyse your image pixel by pixel, you will notice an image blur. This is what happens with most of the adapters available. To help you understand better, we may use an example of a 7-14mm lens than you just need to crop to get your desired ratio at 7mm. However, on one hand you may succeed in getting an anamorphic ratio and very wide frame in such case but you would have to let of using an anamorphic adapter in such extreme wide lenses. So you win on one hand but lose out on another.

However, with the launch of digital cinema cameras like ARRI ALEXA and RED the problem associated with the lens in terms of crop factor, ISO and speed needs a closer look which we will take up in coming blogs.