The latest Hollywood movie Les Miserables is based on the longest running stage musical called “Cats”. Since 1985 the musical has been staged in 42 countries in 21 different languages reaching a sum total of 60 Million people.

The movie’s director Tom Hooper is an Oscar winning director from “The King’s Speech” fame. In the movie Jean Valjean (Hugh Jackman) is followed for decades by Inspector Javert (Russel Crowe) in the hope of hunting him down eventually. The time in which the movie is set belongs to the

Some fun facts about Les Miserables are shared below:

– No lip syncing of pre-recorded tracks has been done. Instead, the actors sung live and movie’s director got the mics erased from the actors dress by using technology.Though Crowe’s singing is nothing to be enthusiastic about but even Hugh Jackman who comes from a stage background could also been struggling during the song “Bring Him Home”

– Amanda Seyfried (Mamma Mia!) and Eddie Redmayne (My Week With Marilyn) have lent their voices to the young couple in the movie, Cosette and Marius. The character of Eponine played by newcomer Samantha Barks is portrayed well whereas the Susan Boyle’s rendition of “I Dreamed a Dream” sung by Anne Hathaway’s character Fantine places her well in the list of Best Supporting Actress category at the Oscars. 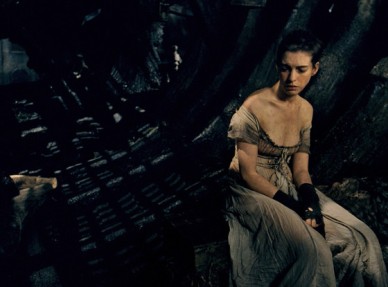 – Anne Hathaway lost some 25 pounds for the movie to establish the suffering that Fantine must be going through and also got her own hair chopped for a scene in the movie. Hugh Jackman on the other hand went without drinking any water for straight 36 hours to get that gaunt look of a convict right. Jackman later got back to his actual weight during the 12 week filming schedule of the movie. Hugh also outgrew his beard to add the rawness to his character.

– A new song “Suddenly” has been added to movie apart from all the popular songs. Suddenly is sung by Valjean in the movie after rescuing Cosette from her vicious guardians played by Helena Bonham Carter. Chances are that Suddenly could get the Oscar for best original song.

– To get the look of beggars, thieves, urchins and whore right in the revolution era Paris, costume designers have created some 2200 costumes and then ripped, blowtorched and shredded them. The makeup professionals have given the actors rotten teeth and diseased skin on the line of what were used in “The Walking Dead”. However Set Designers have used slime, seaweed and sand on set walls to get the raggedy look right.