In the report of an international organization that is dedicated towards the cause of press freedom. It has marked the regime of Turkish Prime Minister Recep Tayyip Erdogan to be the most rigid regime in the world to let the media function independent of any pressure from the administration. 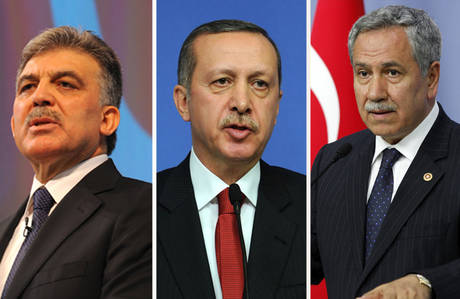 “Committee to Protect Journalists” is the New York based agency that has prepared the aforementioned report. It is said to have claimed that about 76 journalists are put in prison in the Turkey with 61 journalists out of them caged for reasons concerning their work directly. 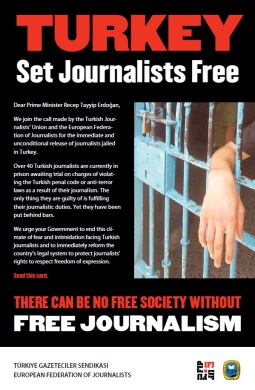 The Press freedom watchdog also says in the report, “Turkey’s imprisonments surpass the next most-repressive nations, including Iran, Eritrea, and China,”

Though Turkish government keeps defending its stance by saying that these journalists have not been jailed for their respective work as Journalists but the agency doesn’t quite relate with their explanations. Instead, the report of Committee for Protection of Journalists (CPJ) includes the statement of Justice Ministry’s Sadullah Ergin in his July 10 letter as an appendix to the report, where he says, “Of all the people imprisoned in our country, the great majority of those who are tried to be linked with journalist identity are the ones who are deprived of their liberty on the grounds of serious offences such as membership of an armed terrorist organization, kidnapping, possession of (an) unregistered firearm and (a) hazardous substance, bombing and murder,” 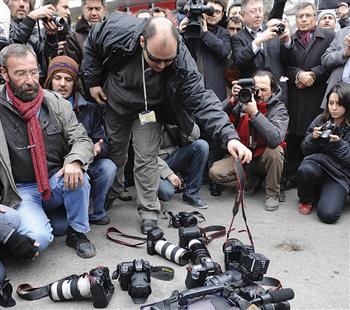 However, it’s not just the CPJ that has accused Turkish Administration of this wrongdoing; the Paris based Reporters Without Borders also has a similar opinion of the journalist-freedoms granted in the country. Reporters Without Borders has ranked Turkey at 148 in a scale of 179 countries in the Press Freedoms Index that it prepared in 2011. It is important to point here that this rank is lowers than what has been given to Russia and Republic of Congo on this index.

Committee to Protect Journalists claims that as much as 70% of the Journalists that are facing arrest are Kurds ethnically and categorically said that these Journalists are, “charged with aiding terrorism by covering the views and activities of the banned Kurdistan Workers Party, or PKK.” 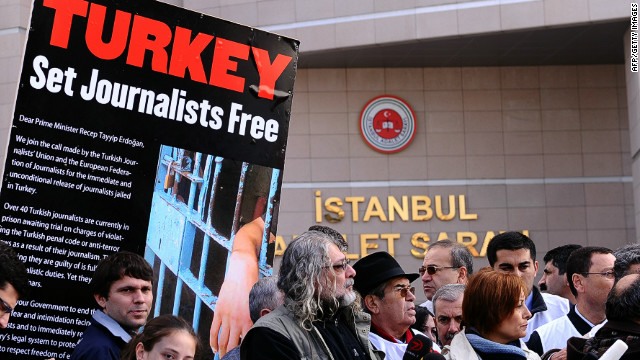