It was due to the efforts of documentary filmmaker Brent Huffman that something as insensitive as taking down of the centuries old Buddhist statue was taken into consideration and brought on the world stage. Brent is also an assistant professor at Medill school of journalism in Northwestern University. Brent started working on the site of Mes Aynek in summer of 2011 and wanted to capture the rescue archaeology procedures before the beginning of mining activity in the area. 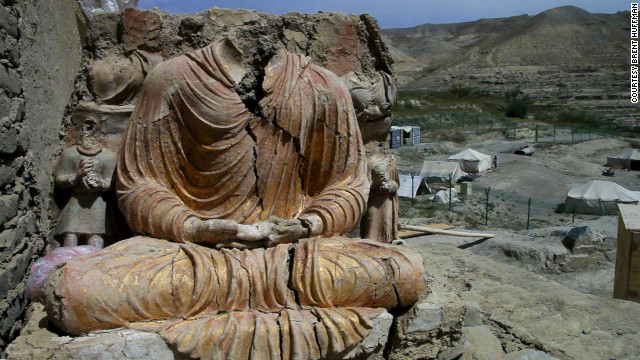 (The picture above shows the present state of the Buddhist statue in Logar Province, Afghanistan)

Later when no such rescue efforts were initiated by the concerned authorities in Afghanistan, he decided to use the film for creating awareness about the cultural heritage of the site and doing everything in his stride to help save the Buddhist monument. 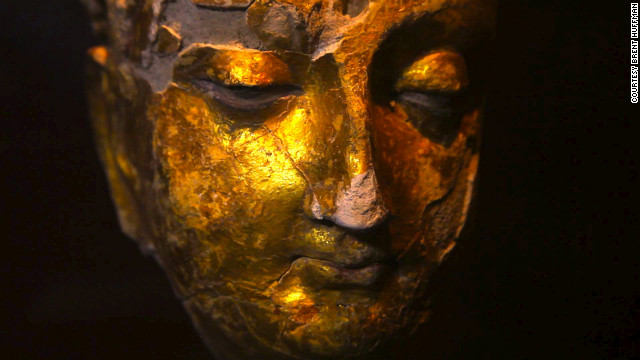 The rights over the area where Mes Aynak have been sold to Chinese government for creating a huge open pit like copper mine in the area. Now, bulldozers and dynamites keep bursting around the site impacting the structure’s integrity negatively to such a level that could bring it down anytime.
Brent Huffman, chose the following words to display his discontent at the present day affairs going on in Mes Aynak by saying, “There is a magic to Mes Aynak — an ability to draw in people from around the world who will risk their lives to save it.” 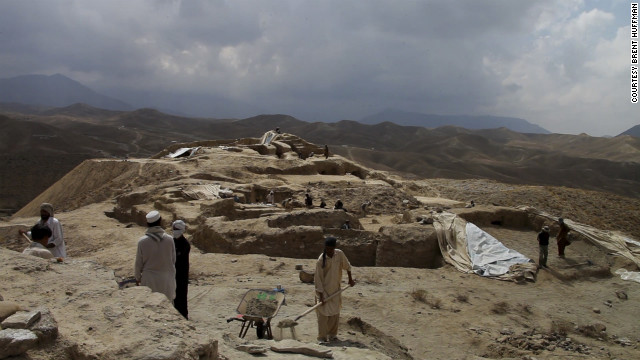 The site of Mes Ayanak was raised 2600 years ago as result of the hard work put in by Buddhist monks in the area of Logar province of Afghanistan. Getting the UN world heritage status for the site could thus help in controlling the dangerous mining operations around the site. It can also help in turning the site into a tourism attraction with potential earning opportunities for Afghani people.